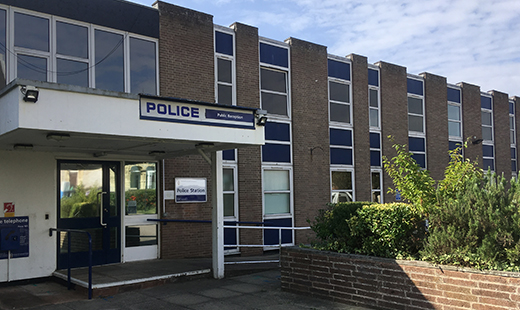 Interviews under caution: Voluntary and under arrest

Voluntary interviews with police or any authority with power to investigate an offence pose a risk to your chances of the best case outcome. All interviews that can be used in evidence in a criminal prosecution should be held under “caution”.  How the suspect answers questions or not will have a big impact on the Court result.  Get us involved and we will do our best to help you make your decisions early on.

Voluntary attendances with Police, DWP, HSE and all investigators

More and more police interviews are by arrangement with the suspect rather than by arrest.  The police might hope that such arrangements mean its less likely a lawyer will be involved. The suspect might think its all less serious, being handled gently, so why bother with a a lawyer? Well, since an investigation needing any interview carries the risk of a conviction and punishment we wonder why anyone would not want a lawyer to help. Very serious offences are being dealt with by voluntary interview nowadays, even rape and GBH allegations.

The same advantages to getting a criminal lawyer along apply as if there was an arrest because the lawyers gets police disclosure before meeting their client and can find out how the police see the future and timetable of the investigation. The suspect gets a significant advantage by then being able to talk over the allegation and the possible outcomes with the lawyer before they commit to a decision what to say and what not to say in the interview.

Voluntary interviews are conducted by all sorts of authorities who have power to investigate and prosecute criminal offences. Such interviews are conducted in different venues, maybe at a job centre if it’s a Department of Work and Pensions (DWP) investigation, but our more recent Health and Safety Executive (HSE) interviews have been conducted at non designated police stations, that is a police station where suspects are not detained (like at Honiton, Okehampton or Tiverton).  We will help with any such interview under caution, though we would have to spend some time with you first to check if you are entitled to legal aid or to talk over what our private fee will be. Any interview with a police officer present is free under legal aid, wherever it is held and whether its under arrest or not.

At the end of the voluntary interview you will be free to go home but the lawyer will try to work out from the investigators what the time frame is, whether there is anything that the client can do to best progress their situation, maybe even to volunteer evidence to help establish their innocence.  To help our clients, Trinity Advocates diarises for a few weeks later to get in touch with the investigators to find out progress.

If you discover that an investigation body, like the police, the DWP, the HSE or the RSPCA want to interview voluntarily then if you give Trinity Advocates the name and contact details of the investigating officer we can work with them to arrange the best appointment time and venue to suit you. If you have a date and venue all sorted then let us know and we can arrange attendance then. We can meet in the office to talk over legal aid, funding and to prepare you as best we can.

All interviews under caution – under arrest or voluntary

All criminal investigation interviews, voluntary and under arrest,  with a suspect will be recorded (and if its not audio recorded a lawyer will want to know why) and will come with the same warning at the start that is called the caution:

At every interview the lawyer will tell you how that warning impacts on what you may say or not say in the interview with police.  If you want to deny the allegations at Court, then by not putting your case in interview at all or not in the way you end up explaining it in court could be referred to by a Prosecution lawyer to undermine your case at the trial.  That risk to your defence is created by the wording of the caution at the start of the interview.

Sometimes the caution warning is irrelevant to your situation. Sometimes you might need to take a risk by saying nothing or saying everything you can in answer to the police questions. Sometimes there are very good reasons not to answer questions, reasons that a Court will accept mean that there should be no penalty at trial for the failure to explain your case in the interview. Sometimes an admission is a good idea. In a voluntary interview situation sometimes it’s right to get up and leave. Sometimes the solution is to offer the police a prepared statement and add nothing more at that stage.  A Trinity Advocates lawyer will have seen almost all the different situations that can arise and will advise you the best they can in the situation you find yourself in.